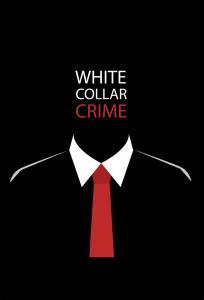 Wire fraud involves committing fraud via use of wired or wireless communications. The origins of Wire Fraud violations date to 1872 and initially applied to mail services. However, it was not until after McNally v. United States (1987), that a bill specifically dealing with Wire Fraud was passed. This occurred after the United States the Supreme Court decided that 18 U.S.C. §§ 1341 and 1343 did not constitute “honest services fraud” in that case.

“Whoever, having devised or intending to devise any scheme or artifice to defraud, or for obtaining money or property by means of false or fraudulent pretenses, representations, or promises, transmits or causes to be transmitted by means of wire, radio, or television communication in interstate or foreign commerce, any writings, signs, signals, pictures, or sounds for the purpose of executing such scheme or artifice, shall be fined under this title or imprisoned not more than 20 years, or both. If the violation affects a financial institution, such person shall be fined not more than $1,000,000 or imprisoned not more than 30 years, or both.”

In other words, if someone finds a way to use the Internet to con someone out of money, property, or anything else of value, they are guilty of Federal Wire Fraud.
As provided by the Offices of the United States Attorneys, 941. 18 U.S.C. 1343—Elements of Wire Fraud are…

“under Section 1343 directly parallel those of the mail fraud statute, but require the use of an interstate telephone call or electronic communication made in furtherance of the scheme…wire fraud is identical to mail fraud statute except that it speaks of communications transmitted by wire…the four essential elements of the crime of wire fraud are:

Put simply, for Federal Wire Fraud to be charged, the Federal Prosecutor will need to have

What are the Penalties if Convicted of Federal Wire Fraud?

If convicted of Federal Wire Fraud, you should know that the penalties can be quite serious. Just one act of Federal Wire Fraud can land a person in prison for up to 20 years along with stiff fines. If, however, the scheme took place in a region connected to a Presidential Disaster Area or a financial institution, the fines are drastically increased. In fact, the fines may be up to $1,000,000 and a maximum of 30 years incarcerated with the U.S. Bureau of Prisons.
Federal Wire Fraud charges have a statute of limitations of five (5) years. The only exception to this are charges associated with a Federal capital crime.

What Are Two Defenses to a Federal Wire Fraud Violation?

Every situation is different and accused Federal Wire Fraud Violations are no different. Because the Prosecutor will have to prove intent to defraud in connection with the charges, the exact circumstances could prove invaluable to your Attorney, Jason A Korner. He will want to know as many details about the situation as you can provide. Generally, there are two good defenses which will be considered, though if the situation calls for an alternate strategy, it may be discussed during your free consultation.

Attorney Jason A Korner has spent most of his professional career dealing with Federal cases. He is no stranger to the inner workings of the Federal Prosecutors Office and knows how to make the system work for his clients. If you are facing a Federal Wire Fraud Charge, there is no time to waste.
Call Attorney Jason Korner now at