DWI Defense – How to Handle an Illegal Stop

An illegal stop is one of many defenses that may be available to a thorough and knowledgeable defense attorney in a DWI case. If a person was stopped illegally then any events that took place after the illegal stop are inadmissible in court.

There are several reasons that a stop can be illegal. First, the officer could simply be fishing for DWI arrests and pull cars over because of the time of night and the proximity to a bar. If the officer did not observe an actual traffic offense, then there is a very good likelihood that the stop will be illegal.

Further, if the police officer was outside of his jurisdiction when he stopped the vehicle, then this can also be deemed an illegal stop. The question of jurisdiction can become a very fact specific issue, and it is an issue that is different in St. Louis County then it is other places in the state because of the laws governing jurisdiction inside of St. Louis County. However, without proper jurisdiction the stop of a vehicle is illegal.

Finally, it has been held in Missouri that if a vehicle touches a lane line one time that it may not be enough eviden 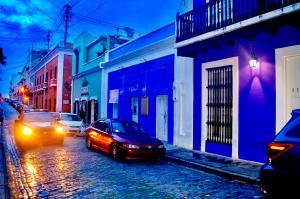 ce for an officer to conduct a legal stop of that vehicle. This is extremely important in DWI cases because police officers often cite that a vehicle was weaving and touching lane lines as the specific reason for the stop.

If you or a loved one has been charged with DWI please call The Law Office of Jason A. Korner at (314) 409-2659 today. It is important to have your case reviewed by a knowledgeable lawyer who focuses on aggressive DWI defense.