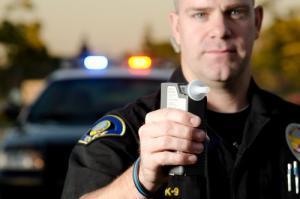 It has recently come to my attention that some counties in Missouri are employing a bold new strategy for the investigation of DWI cases. The police in these counties have been told not to administer any field sobriety tests as part of a drunk driving investigation. This bold strategy comes directly from the elected prosecuting attorney in those counties, which raises significant issues about the role of a prosecutor in criminal investigations, but I will get to that in a minute. The goal of this new strategy is to keep skilled DWI defense attorneys from pointing out the police officers’ shortcomings when it comes to the administration of field sobriety tests during trial. Now, most people would understand that it is time for the police officers to do a better job learning and administering field sobriety tests as a way to fix this issue. Instead, these prosecutors have simply decided that the best way to handle it is to ensure that the investigation of DWI cases in their counties are insufficient and lacking as a matter of policy. Field sobriety tests are taught at police academies throughout the country as one of the most important investigative techniques for investigating a DWI case. Although field sobriety tests do have limitations, it is imperative that police officers conduct a full and thorough investigation prior to placing someone in handcuffs and depriving him of his freedom. When you take field sobriety tests out of a DWI investigation, you are generally left with three types of information prior to the officer’s decision to make an arrest. First, the officer may or may not have had an opportunity to view the person driving the car. Next, the officer will have an opportunity to speak with the person and ask questions about any possible drinking. Finally, the officer will have an opportunity to generally observe the person for signs of intoxication such as balance problems, slurred speech, and odor of alcohol. A possible scenario now is that a person who is pulled over for speeding, denies drinking alcohol, but who the officer believes smells like alcohol, could possibly be placed under arrest for that suspicion alone. Short investigations, conducted without the proper techniques taught at the police academy, will certainly result in innocent people being deprived of their freedom. The police officers in these counties are hypersensitive to drunk drivers, so when faced with a questionable decision whether to arrest someone for DWI, these officers will always arrest the person and let the court system sort it out later. This is the exact opposite of what is supposed to happen if the police officer questions whether or not the person is drunk.

A Prosecutor’s Role in a DWI Case

The American criminal justice system is a thing of beauty when it functions properly. The police investigate a case with an open mind. Then the case is sent to the prosecutor to determine what, if any, laws have been violated. If criminal charges are brought then the adversarial system of prosecution against defense begins. During this adversarial process the police officer may have to testify, and if he does then the prosecutor does not represent him, but instead he is being called as an independent witness. All of that is great in theory, but that is not the way it plays out in practice, especially in the rural Missouri counties currently employing the “no field sobriety test” policy.  In those counties there is a fundamental breakdown of the American criminal justice system because the prosecutors are over stepping their bounds by dictating how a police investigation should be conducted. It is unfortunate that the police in these areas have not politely told the prosecutor to go back to court and allow the police to do their job as they have been trained. If the police are not doing their job properly, then it is up to the higher-level police officers and the administration to make sure the proper training and policies have been put into place so the police are doing their jobs properly. Simply not doing a portion of their job because it is difficult is not an acceptable answer. I first caught wind of these new policies when speaking to some rural Missouri police officers after a hearing on a drug case. They bragged that they have not lost a DWI jury trial yet under the new policy. I kindly let them know that would no longer be true once I got my hands on one of these cases that make a mockery of the justice system. I also asked them to remember a time when people were innocent until proven guilty as opposed to this witch hunt where anyone can be guilty of a DWI simply because a police officer says so. And now this is true even when no real investigation has been completed by the police officer. If you have been arrested for DWI in rural Missouri and field sobriety tests were not administered during the investigation, please contact me, DWI defense attorney Jason Korner at 314-409-2659 so we can discuss your case. As you can see above, I am very opposed to these policies and I would like to fight your case because I believe an injustice has occurred anytime the police are not behaving properly, especially at the direction of the prosecuting attorney.