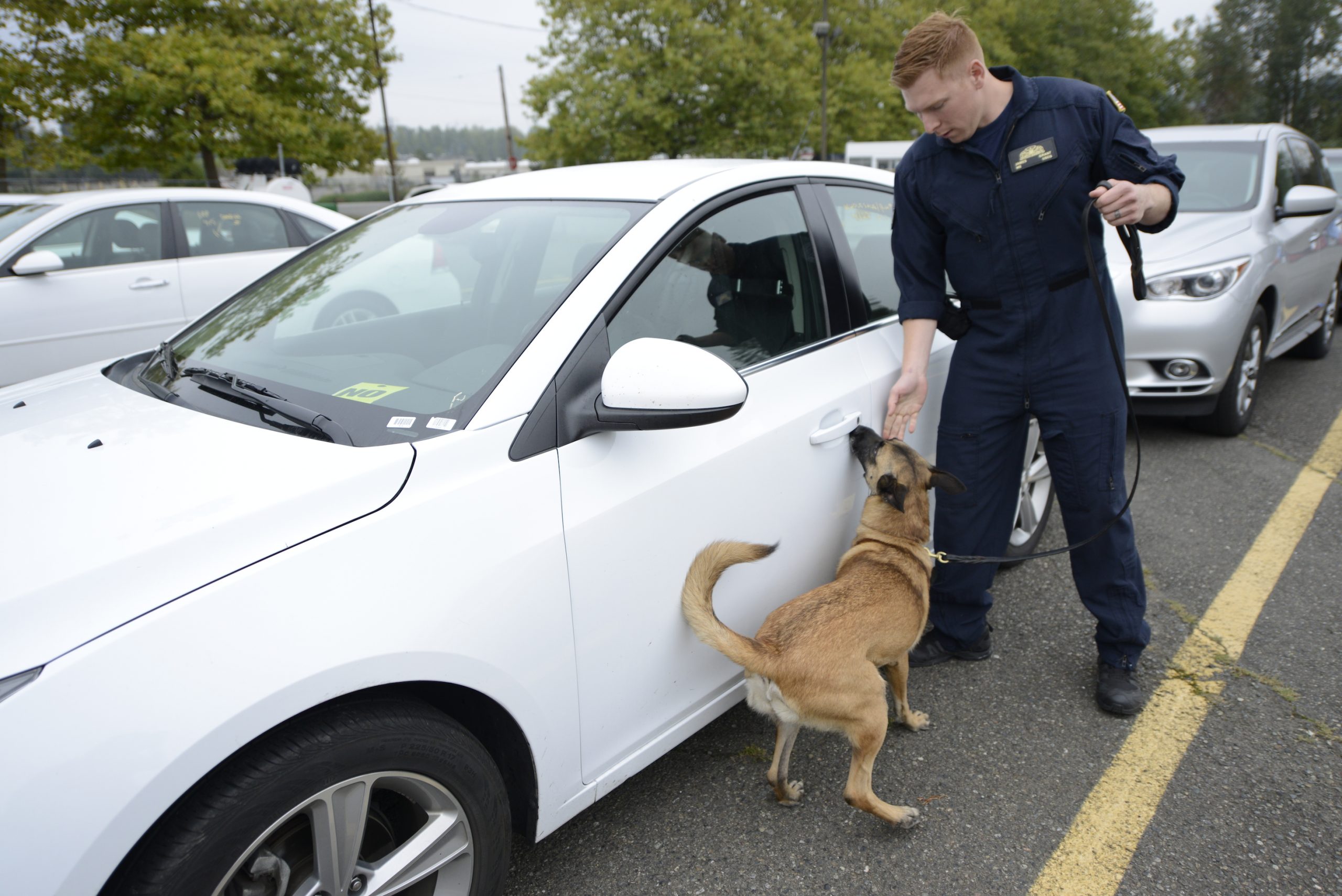 Drug sniffing dogs are often used by law enforcement to try to locate drugs during traffic stops, at houses, in postal packages, among many other situations. Historically, the courts have viewed these highly trained dogs as an important factor when determining whether there was probable cause to allow law enforcement to take the next steps, often a search that would be illegal in the absence of probable cause. Two problems with these drug sniffing dogs have come to light. One, which I will write about more in depth next week, has to do with dogs who have been trained to alert the handler to the existence of drugs, including marijuana. This is a problem in eleven states plus the District of Columbia, marijuana is no longer illegal. The dogs do not have the ability to unlearn that they need to alert for marijuana, so there is a large possibility of a false positive of illegal drugs when it is only marijuana the dog smells. The second issue was recently covered in depth by the Washington Post in an investigative argument. Drug sniffing dogs were only correct about half the time when tested by an independent agency. Needless to say, half the time is not nearly good enough when talking about the kind of invasive, warrantless searches the courts allow with a positive alert from a drug sniffing.

The main reason sited for the low accuracy of the drug sniffing dogs is that despite the dogs’ intensive training they still have an overwhelming desire to please their handlers. This was shown through the independent studies. At least one study made some of the test packages look more appealing to the drug sniffing dogs, whether or not there were drugs in those packages. This made no difference in the dogs’ level of accuracy. However, when the packages were made more suspicious looking to the handler there was a marked increase in false positives on those packages. Despite the handlers’ best efforts to stay neutral, their dogs knew when the handler thought the dog should alert and the dogs happily complied to please their handlers. The most egregious and shocking aspect of the independent studies came after those studies were complete. With an obvious need for more studies and more testing to understand the shortcomings of the drug sniffing dog program, the law enforcement agencies who had participated refused to offer any further participation. Essentially, they received a bad grade on a test and instead of wanting to seek areas to improve, they just walked away from school entirely. That is unacceptable in all areas of work, but it is appalling when dealing with law enforcement and an obvious infringement on people’s civil liberties.

If you or a loved one has been arrested for a drug crime it is important for you to know your rights, and to have someone who can fight to protect those rights. St. Louis drug lawyer Jason Korner has years of experience challenging drug charges in both state and federal court. Please contact Jason Korner’s office at 314-409-2659 or click here to fill out a contact form and Mr. Korner’s office will reach out to you.